Those are words you just don't want to hear from your builder. Unfortunately, that's exactly what Barry told us on Tuesday. The electrician was at our house, doing final checks. He went to hook the house up to the street, and discovered that WE DON'T HAVE AN ELECTRICAL HOOK UP!!!! Somehow, FPL skipped our lot a few years ago when they were wiring the subdivision. And it took until now to find this out. A few calls to FPL later, a wired check from Maronda homes, and we think we're on schedule to get the wiring. FPL has to come out and tear up our street. Won't the neighbors love us? Ironically, we will be putting in solar electric panels, but are not allowed to do so until we close on the house. We can't close on the house until we have electric. Ugh.


On a brighter note, our landscaping was put in. We have four trees in the front and some more in the back. 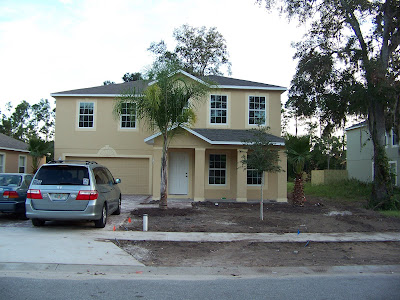 They also put the hurricane shutter bolts on all of the windows. We will get hurricane shuttters with the house. How we'll ever get them up on the second floor, I don't know. 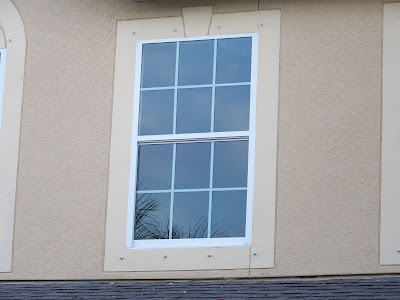 Then we walked around back and realized they had done the porch in a day. The slab was already there. 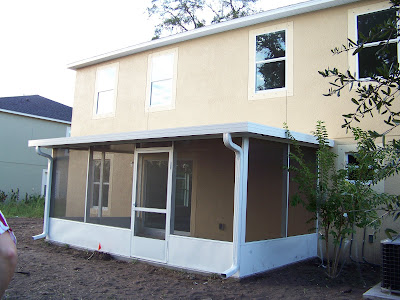 I like the location of the back door. We should have room for our table, 4 chairs, and lounge chair. 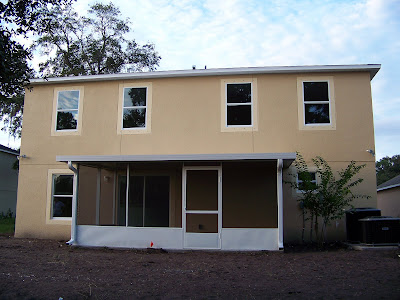 They haven't put the sod in yet, but they probably won't until they get electricity to run the sprinklers! I hope they can keep the trees alive until then. 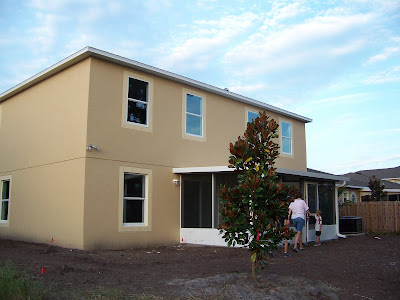