I know I have not updated the blog in awhile, but we are now back home, and I have a few reflections on our trip. We were gone for almost exactly 6 weeks. We began the summer with Chris flying to Cincinnati for AP Reading. When he returned, we drove to Wisconsin Dells via Indianapolis, then back to Allentown via Springfield. 2 days later, Chris and I flew to London for a 2 week trip while the boys spent a week at Bear Creek. 4 days after that trip, I flew to Spokane, Washington, for the Triennial Convention of the Women of the ELCA. After a week to chill in Allentown, we headed for home. Here are some of our summer stats:

We leave again in a few days for a wedding in Chicago (via Cincinnati.) Then when we return it will be time to start school sooner than we think. What a wonderful, crazy summer! 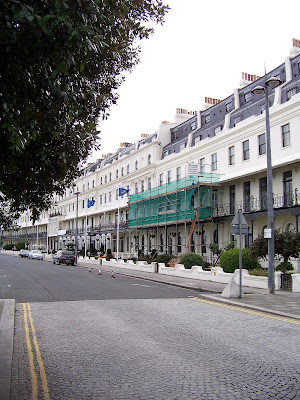 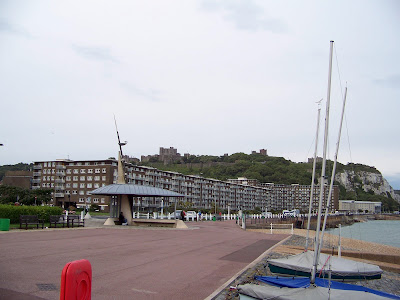 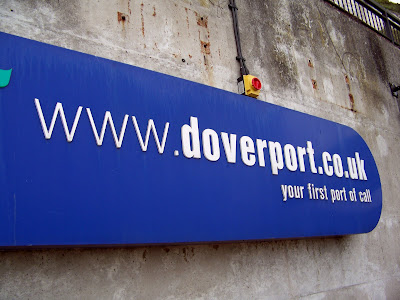 This is the port where you can take a ferry to France. 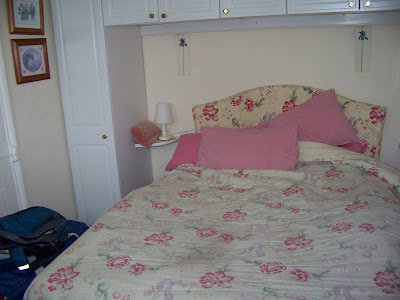 Our room was the tiniest room we've ever stayed in. In fairness to the hotel, it was described as a "small room" when we booked it. 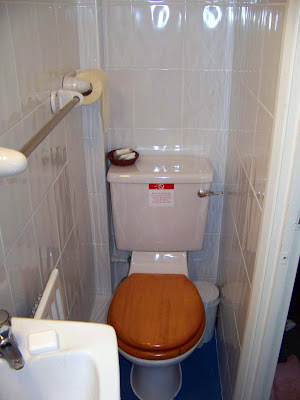 Only one person in the bathroom at a time - you could barely turn around! 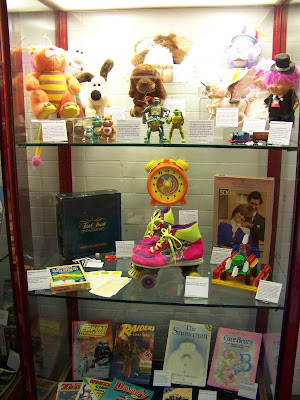 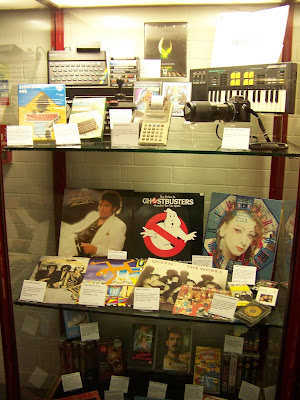 We really enjoyed the Dover Museum. They had great exhibits, including a stone-age boat that was discovered when they were doing street work. But what we liked the most was this small exhibit on the 80's! Quite a flashback! 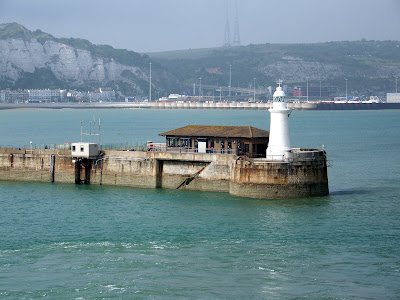 At 12:30, we checked in to the Ocean Princess and found our room This is the view from our balcony room (we were upgraded from an interior cabin - yea!) Cliffs in the background. Again, it was a bit overcast. 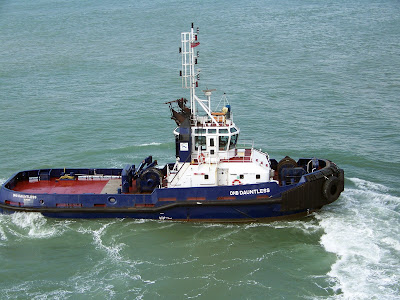 This police boat guided us all the way out of the harbor. 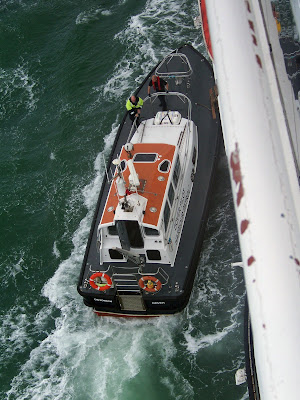 After guiding us out, one of the officials had to climb down a ladder from our boat and get into the police boat. It was quite a sight to watch in the waves! 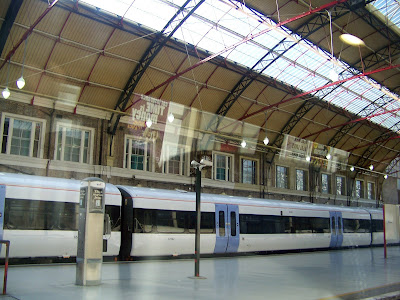 Day one! We landed in London on time, around 630 AM. We had a good flight, but were unable to sleep much. We did watch Harry Potter 7 part 1 on the way so we are ready for the next episode. 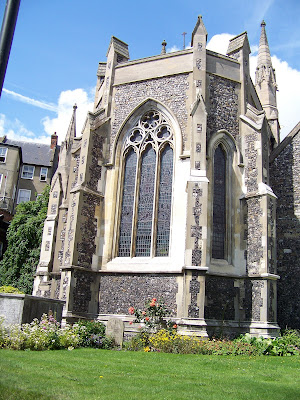 We took a train to Dover. It took about 2 hours, and I slept through most of it. When we arrived, we dragged our luggage through the town and found our B & B. It was only 11AM, so we dropped it off and set out to explore the town. 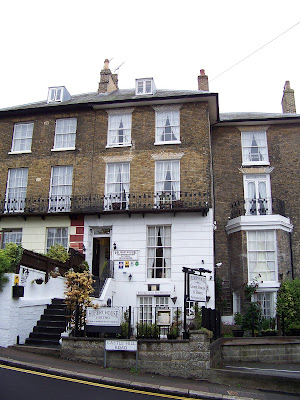 Our Bed and Breakfast - The Hubert House. 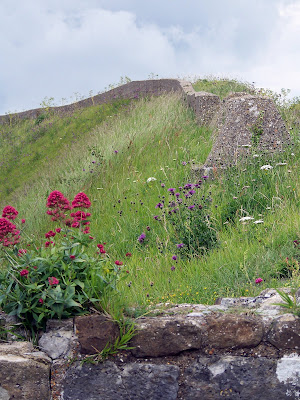 We decided to hike, not ride to the Dover Castle. It was probably the steepest climb we've done! As we got closer, we saw these flowers around the outer fence. 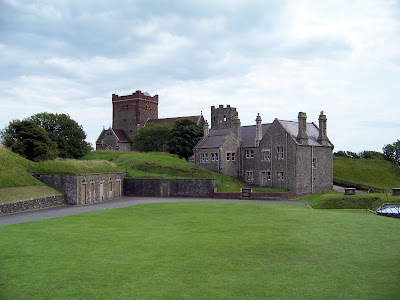 We were able to go into the church on the left, but not allowed to take pictures. 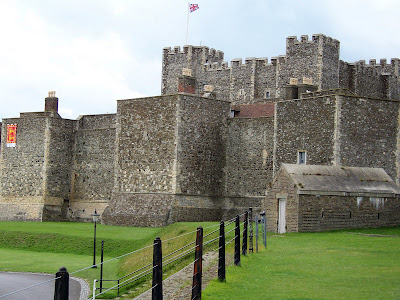 The main castle. Henry II had the castle built. From the top tower, you can see France - 21 miles away! 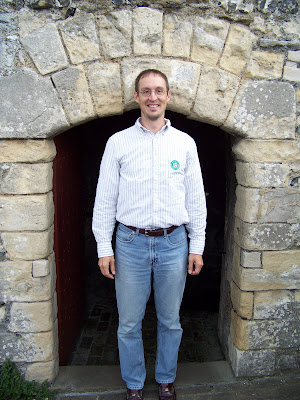 Chris was a bit too tall for this door, wasn't he? 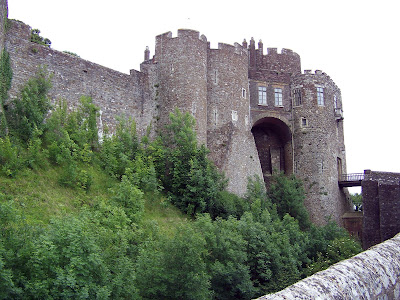 The gate leading into the castle. There was quite a moat surrounding the castle. You can understand why the castle was built here. 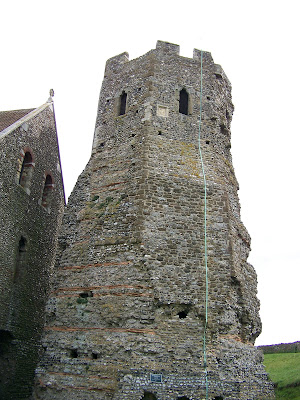 The Roman lighthouse. This was the oldest part of the castle, built by the Romans in 1st century (ish). 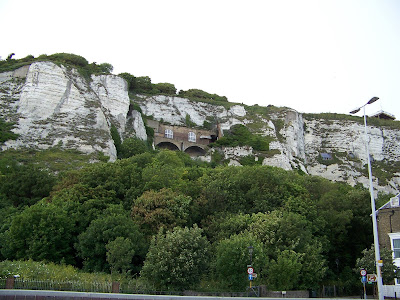 The famous white cliffs of Dover. It was a slightly overcast day, so they weren't as impressive as I expected. When we returned a week later, they looked much better.
Posted by Karen and Chris at 7/08/2011 05:37:00 PM No comments: