I drove by afterschool today, and there was a crew busy at work putting the stucco on our house. I tried to talk to them, but I don't think any of them spoke English. 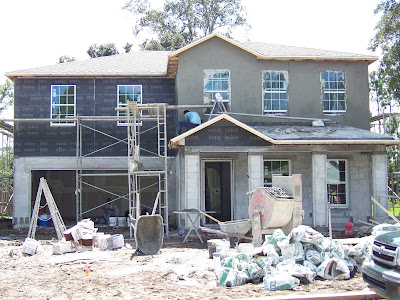 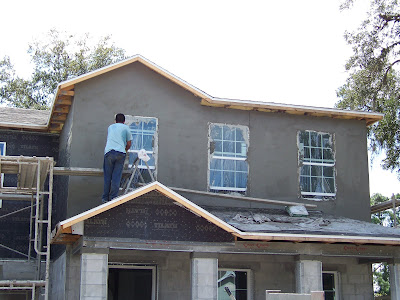 After watching for awhile, I figured out the process. First, they put a smooth layer of cement down (look at the bottom of the house). Then they kind of sprinkle some more on top to give it the textured look. 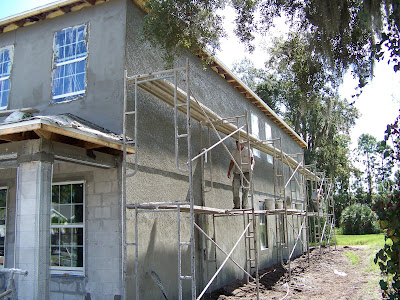 Close up so you can see textured and untextured. 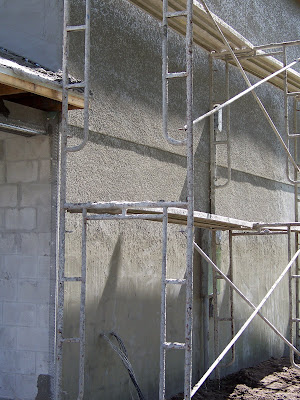 After church, around 6:30, I stopped by again, hoping to get inside the house. To my surprise, they were still hard at work (they still were at 7:30 when Chris drove by.) Now they are almost done. 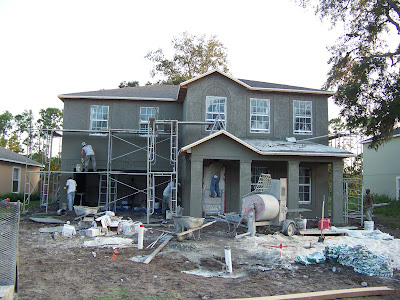 The machine that mixes it. 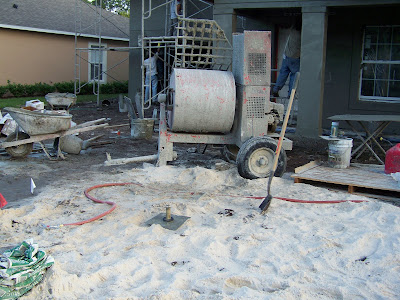 There was scaffolding all around the house, which they were taking down at night. 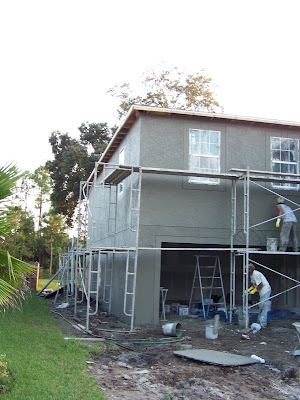 The back is done and the scaffolding has been taken down. They were starting to pick up their mess. 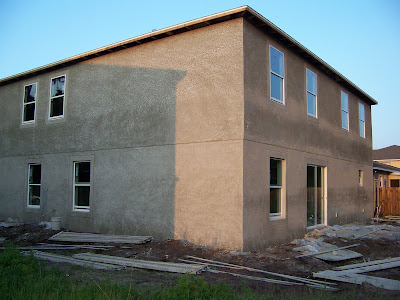 View from the back, looking out to the street. The houses in this subdivision are close together, but we chose this lot because it has this "conservation area" next to it. Once the house is done, they'll put a dirt/mulch trail through it to... 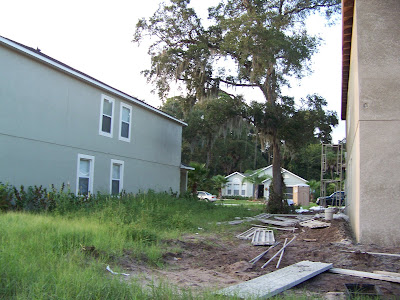 ...our back yard. Jonathan had to take a few minutes to run through it before we left. 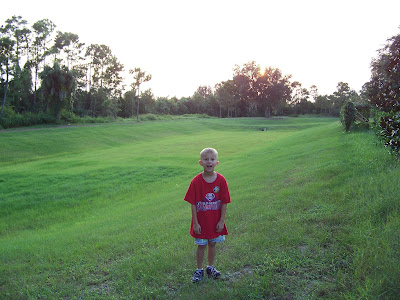 As we were ready to leave, we met some of the neighborhood kids. They seemed very nice. We found out that there are at least 4 boys around Benjamin and Alexander's age just in the 10 houses around us. Nick took Alexander into the big conservation area and showed him the downed tree. 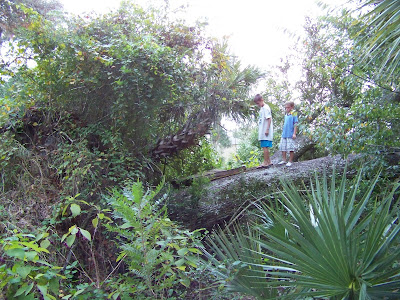 They didn't see the owl today, but Nick says he has seen it in the forest and in the neighborhood, too. 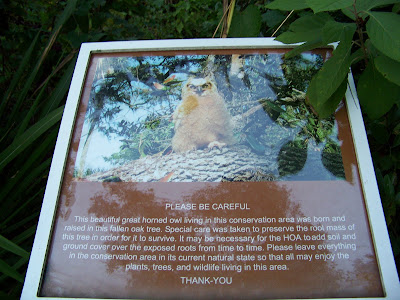 The view down our street. Our house is on the right, by the port-o-potty. 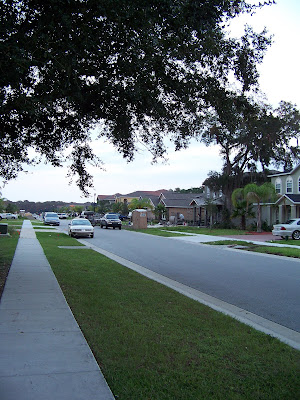 To add some excitement to our evening, Benjamin tried to jump over the laundry basket and instead fell on it (and my foot) and broke it. 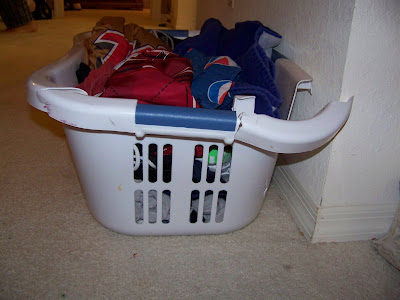 Goodbye allowance for the next few weeks. 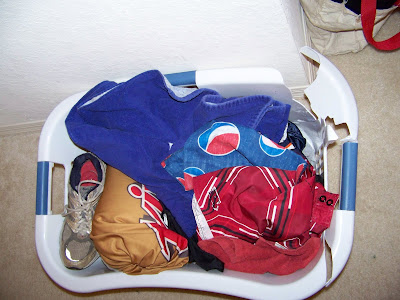