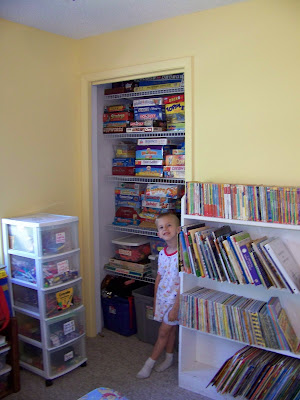 After lots of trials and tribulations, we have finished painting both boys' rooms! Jonathan chose this color - "butter up." He was limited to yellow, since that is what it already was and we were doing no more than two coats. But he loves this color, and it's a lot less obnoxious than the previous yellow. 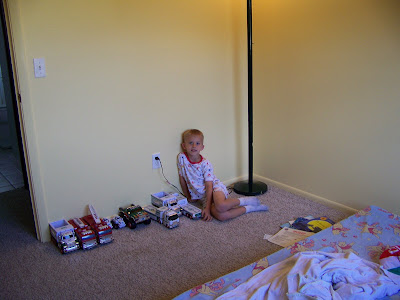 All the Hess trucks, lined up in a row. This is where his dresser will go, once it's cleaned up and out of the garage. 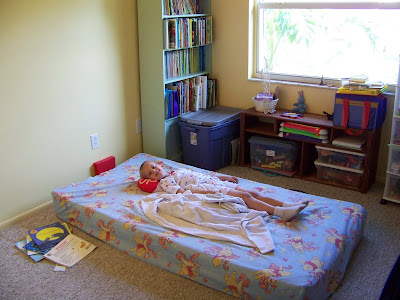