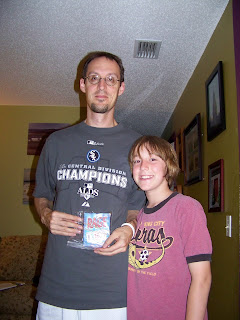 Tonight Jeff Wedge came over to play Rage, a fun card game that can really piss you off! Which explains the title. 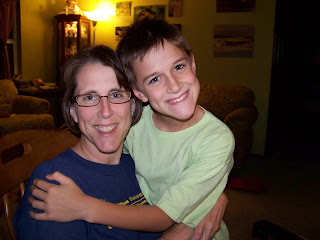 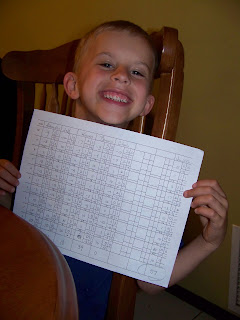 Jonathan has "played" with us before, getting his own hand of cards and throwing some in. Tonight, however, was different. He played on his own for the first time. He even bid for himself. Despite a disasterous bid the first round, he rallied and WON the game. Yup, he beat his parents, his brothers, and Jeff. He was very proud and we have the pictures to prove it. Here he is holding the score card! 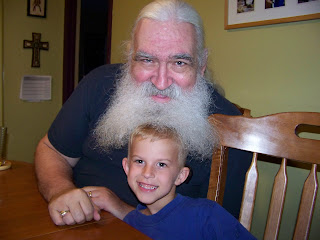 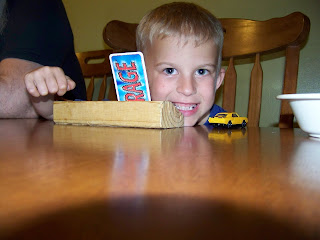