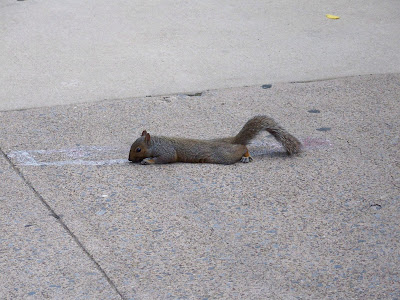 Enjoy these pictures from last week's trip to State College. After driving around the HUGE campus, we walked to some buildings and found this squirrel. I think he was licking ice cream off the ground. It reminded us of one of the characters from Ice Age. 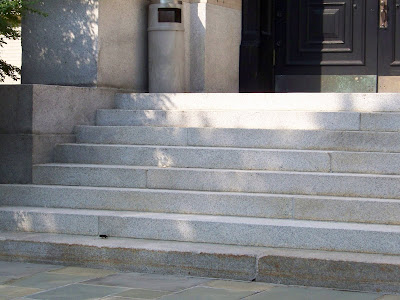 We also saw a mouse running across the steps of one of the buildings!!! 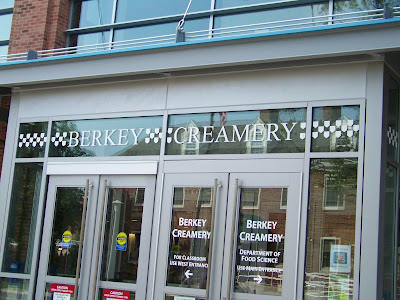 Jeff insisted we had to have this famous ice cream. I had "death by chocolate," which did not kill me. It was good, but not quite as rich as the ice cream in Europe. 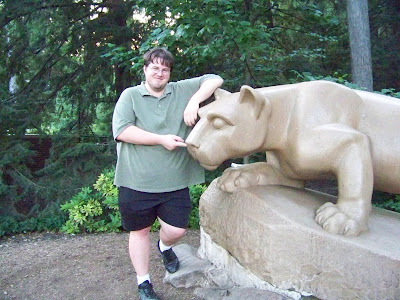 Here is Jeff with the famous Nitany Lion statue, being his usual self. 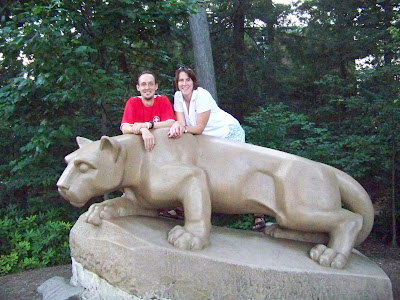 Here we are, a bit more dignified. 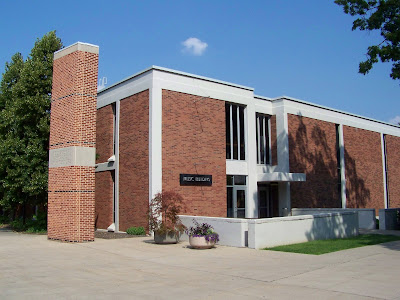 This is the music building, where Jeff spends most of his time. 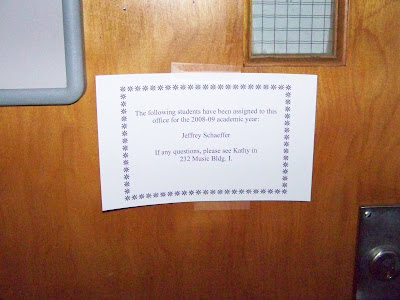 He'll have his own office next year. He is teaching two classes and grading for one. We also met one of his professors who had great things to say about him. 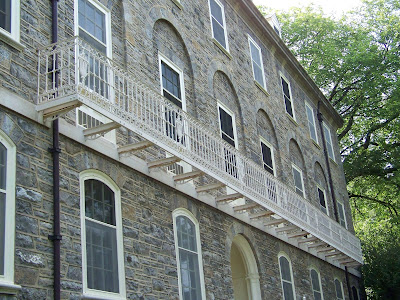