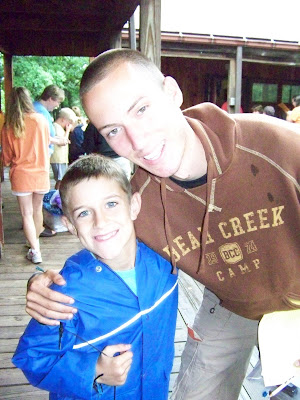 For my third and last post of the day (it's almost time to get the boys out of the pool), I have some pictures from the last two weeks.

As you may know, Alexander went to camp last summer for half a week and had a great time. This year, however, he convinced himself he didn't like it and did not want to go. This was, of course, after camp was already paid for! We made him go, and had to leave him screaming at camp. I anxiously awaited a letter from him every day, but none ever came. Turns out he was having a blast. He was in the same cabin as his cousin Jack, and Benjamin was right next door. Here are pictures with their respective counselors. 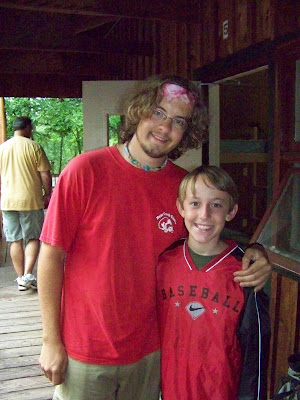 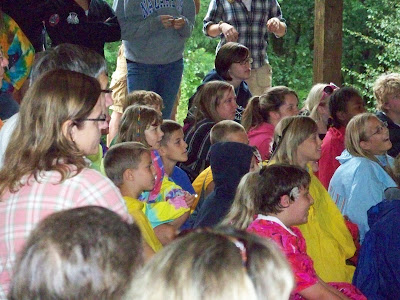 When we picked him up on Saturday, all of the campers performed two songs for the parents. We also saw a slide show of the week. Alexander is in the middle. 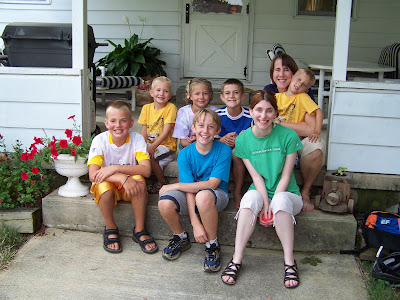 Cindi brought the kids back to Allentown for the day, and Bob, Denise, and Becky joined us for a picnic. With Joey and Jonathan wearing the same shirt, it was hard to tell them apart! 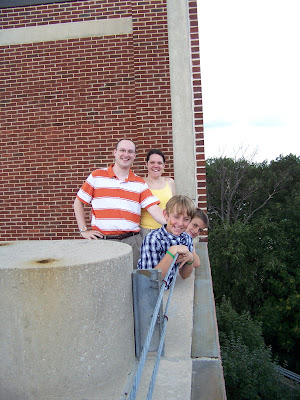 The next day, we worshiped at St. John's, where we saw Craig and Liz. Here they are at the top of a parking garage, where we went to "see" New York City. Despite the haze, we were able to make out the Empire State Building and the skyline. Benjamin was happy - he's been begging to see New York City, and now he can say that he has (sort of).
Posted by Karen and Chris at 8/07/2008 05:16:00 PM