We decided to go to Ponce Inlet after church for a picnic lunch and some beach time. It was a perfect day. Sunny skies and highs in the low 80's. A bit windy, but beautiful. 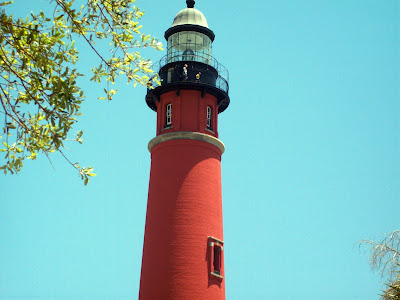 We parked by the lighthouse and found an empty picnic table for our lunch. We had subs from Subway, plus fruit, chips, and Alexander's freshly baked cookies. 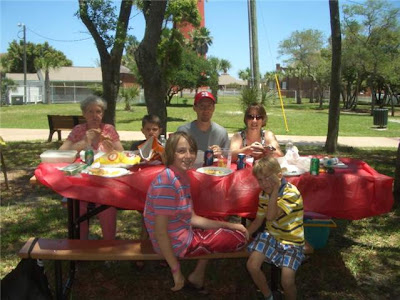 Conveniently, there's a playground right by the picnic area. 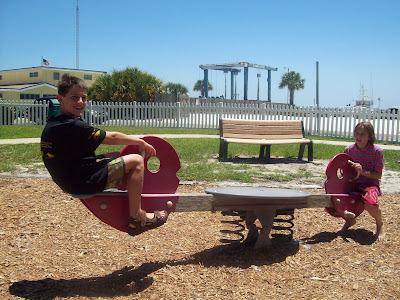 We walked about half a mile to the jetty. On the nature walk, we saw this gopher tortoise hole. No sign of the tortoise, but definitely his home. 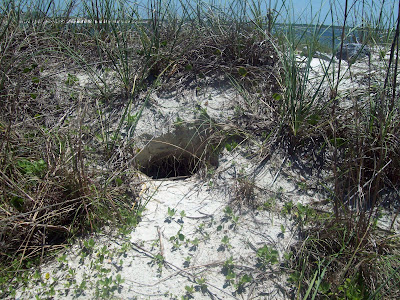 The waves were strong at the end of the jetty. Here the boys are waiting for some to splash them. 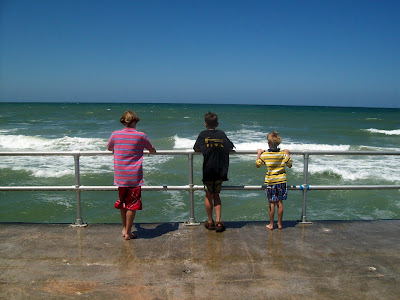 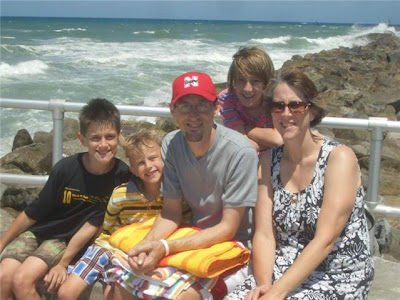 We were walking back to the beach, when we noticed a teenager pretty far out with his boogie board. He was getting pulled not only further out, but also closer to the rocks. A lifeguard came running out and swam to him. It was not an easy swim, to say the least. The waves were stong and fast. I was so impressed with how quickly the lifeguard got to his victim. 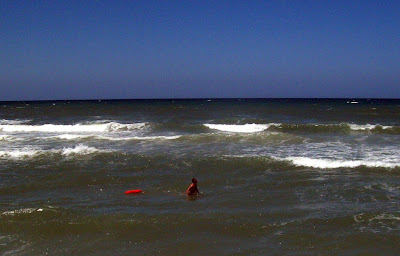 The lifeguard made it out there and handed his buoy to the kid. The rip currents were to strong to bring him back to shore, so he kept swimming parallel to the beach, keeping them out of danger from the rocks. 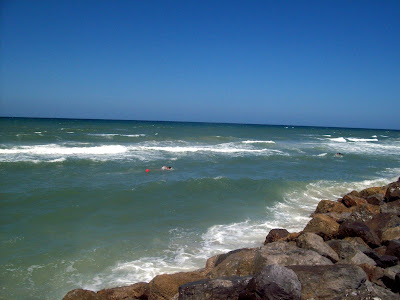 We saw him motion to the lifeguards on shore to bring the jet ski. It was amazing to watch him get it into position without hitting either of the people. The boy climbed on the back of it, while the lifeguard held on and was towed in on the water. 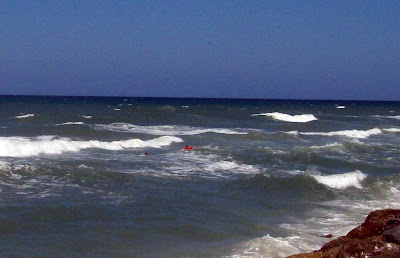 Now the second lifeguard is pulling the first lifeguard and the victim back to safety. Everyone watching breathed a big sigh of relief. 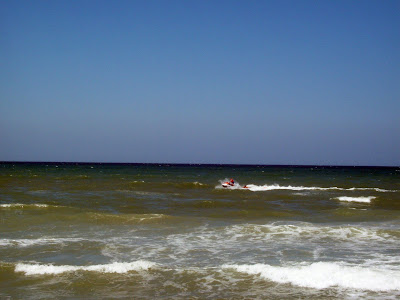 While watching this drama on the north side, we looked to the south and were amazed to see a manatee so close to the ocean. It was eating the algae off of the rocks. We all "oohed" and "ahhed" when the nose surfaced. 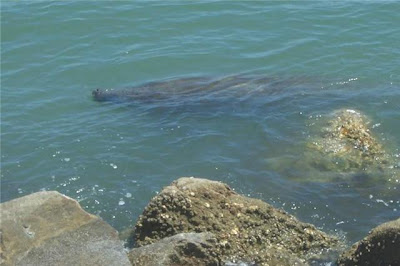 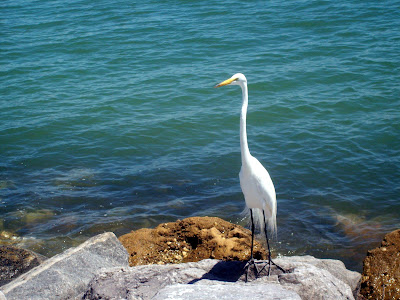 We let the boys play for awhile, but they had to stay only knee-deep. Benjamin and Alexander spent some time in the water... 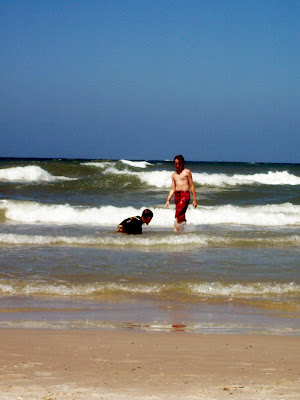 ...while Jonathan played trucks in the sand. 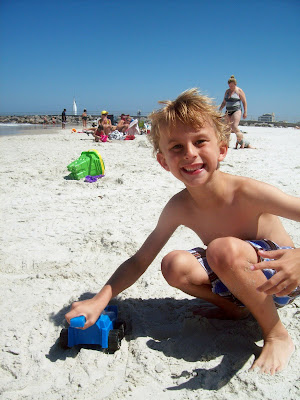 They built a castle that stood for about 10 minutes until the tide started to come in. 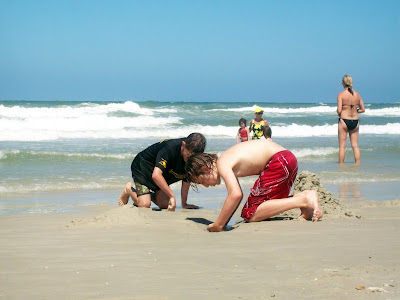 All in all, a great Mother's Day! When we came home, the two big boys made us pancakes and sausage for dinner.