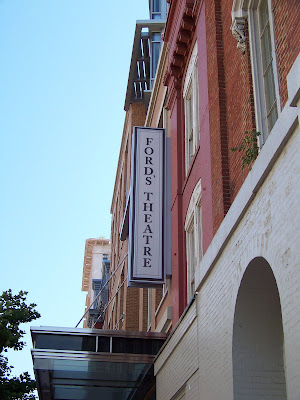 After sleeping in until 730 (late for the boys!) we began the day by walking to Ford's Theater, where we made the first tour. 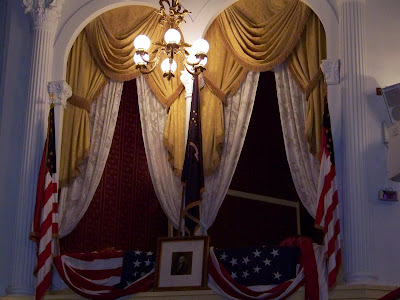 They have kept the box the same as it was when Lincoln was shot. Ford's Theater is still a working theater. 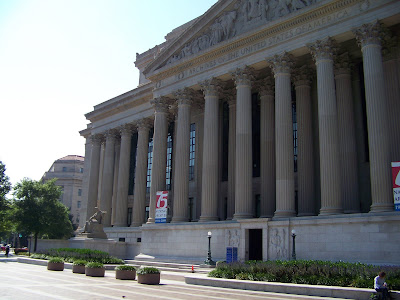 Then we walked to the National Archives, where we stood in line for probably an hour altogether to see the Constitution, Declaration, and Bill of Rights. 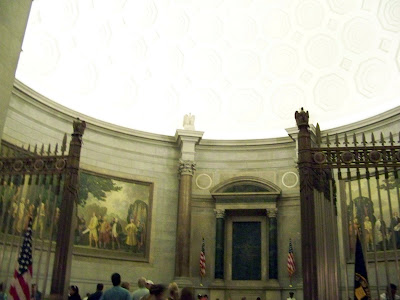 There is no flash photography allowed, so this is the best interior shot we got. 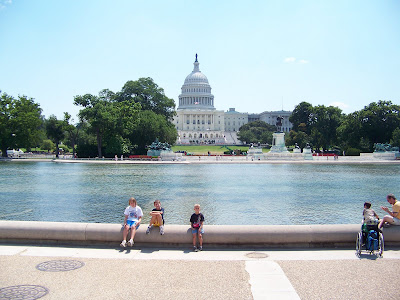 Then we walked toward the Capitol, where we had a tour at 12:50. 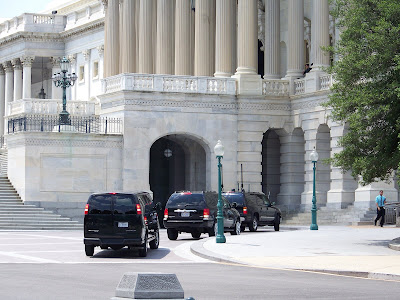 While on our way, we saw Joe Biden's motorcade. He had come to swear in Al Franken. We didn't see him, of course, but it was exciting all the same. 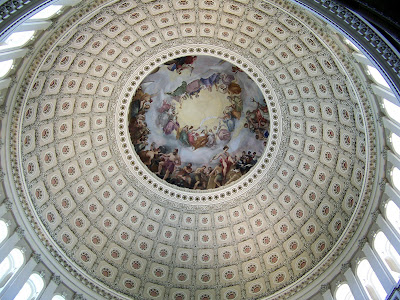 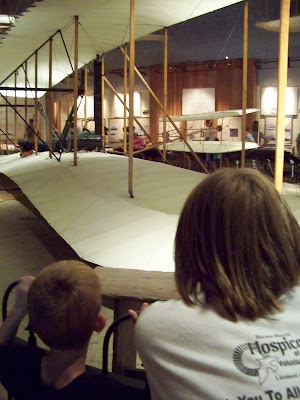 Next we WALKED to Air and Space, where we saw most of the exhibits, including this original Wright Brothers airplane. 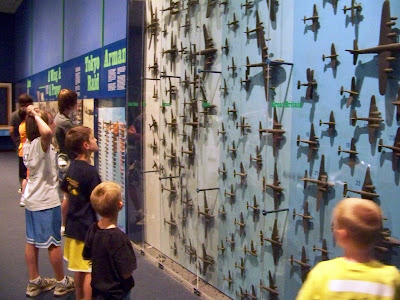 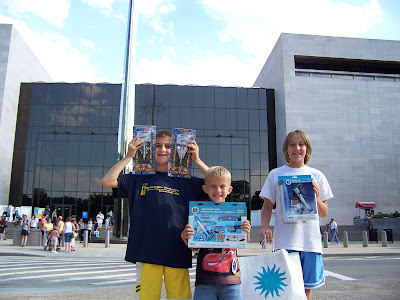 Showing off their toys. After two days of waiting, Jonathan finally got to buy something. 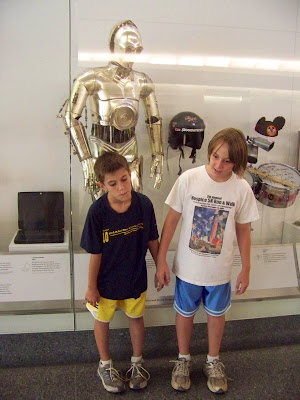 Finally, we WALKED once again to the American History Museum, where we saw C3PO 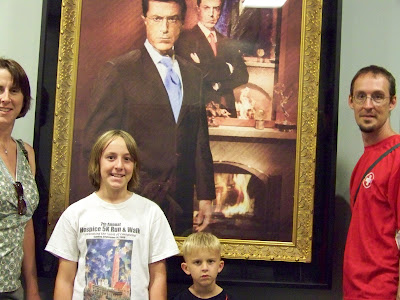 and this portrait of Steven Colbert 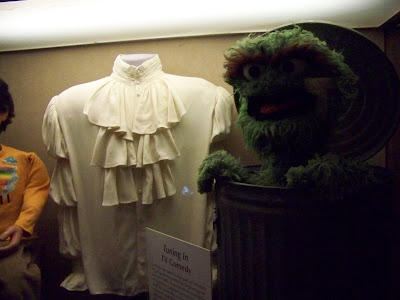 and Oscar and Seinfeld's puffy shirt. 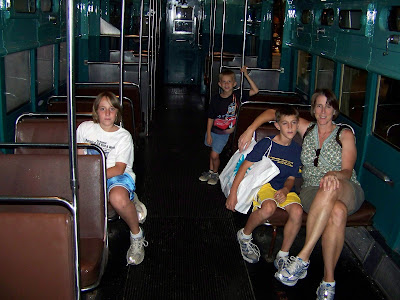 Inside the "America on the Move" exhibit. 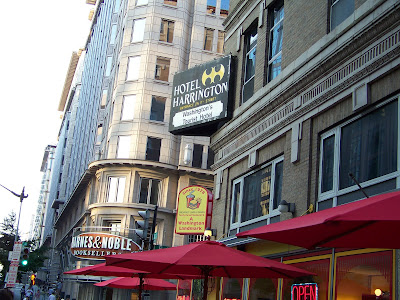 Back to the hotel, where we ate dinner. Boy, are our feet tired. Boys conked out by 9:15, and now we're off to sleep, too!