This morning, Chris, Benjamin and I left the house around 7 AM to stand in line for Barack Obama. We were greeted with this rainbow, a good sign if I've ever seen one. 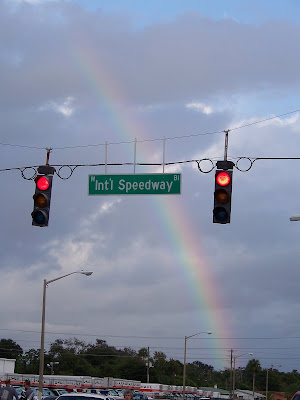 He spoke at Bethune-Cookman University. This theater seats only 2,500, so we were extremely lucky to have tickets. Lucky because Chris' parents were willing to stand in line for 3 hours on Friday morning to snag us some tickets. We waited in line for about 2 hours or so before it started to move. At the door, we were greeted by TSA personnel and metal detectors. We finally got seats in the balcony. 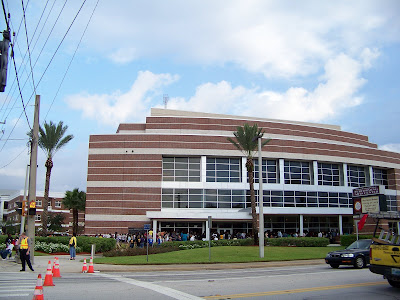 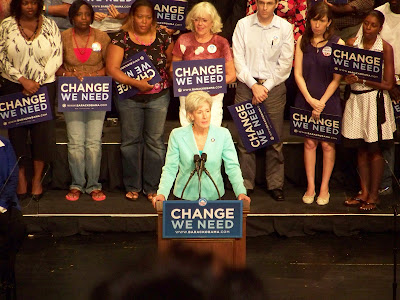 Moments later, there he was!!! Oh, how we wished we were on the stage. But it was exciting even from the balcony. He gave an incredible 30 minute speech, well worth all the waiting. It is so exciting to be part of this - he is an incredible speaker, and had all the answers I wanted for what is ailing our society. This was a morning Benjamin will never forget. I only wish we could have gotten another ticket so Alexander could join us. Jonathan was too young to stand for so long. 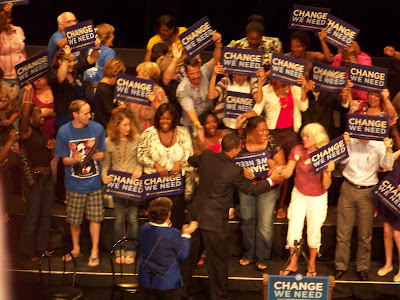 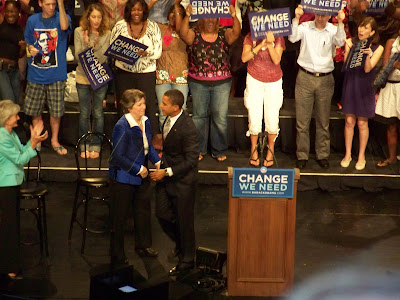