This spring Jonathan wanted to sign up for soccer. He's never played an organized sport, but he really wanted to do soccer. We signed him up at the Y. He had practice once a week and then games on Saturday - a good schedule for someone with two siblings who also have activities.


Well, it turns out that soccer really isn't Jonathan's thing. He doesn't have an aggressive bone in his body, and that doesn't go well with soccer. He tends to back away from the ball instead of going toward it. He also isn't very competitive, which is good since his team only won one game in the 8 game season. He was happy just sitting on the sidelines with his friends. Maybe it would have been better if the teams were smaller. There were 14 on his team, so there were often 4 sitting out at a time. Most games he only played half the time.


He did enjoy it, but says he wants to try something else next year. Maybe we'll try baseball... 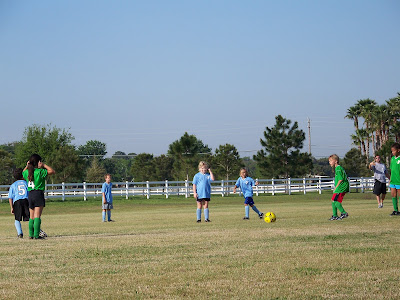 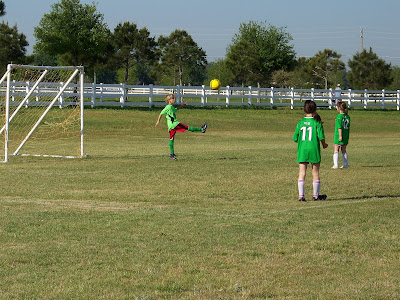 He liked playing goalie - not as much running! 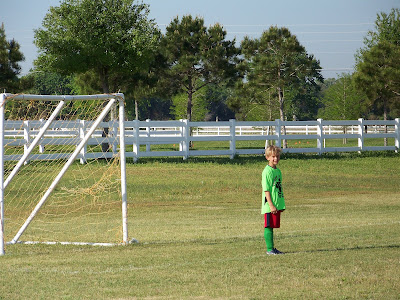 Looks like he's going after the ball here - one of the few times he actually touched the ball. 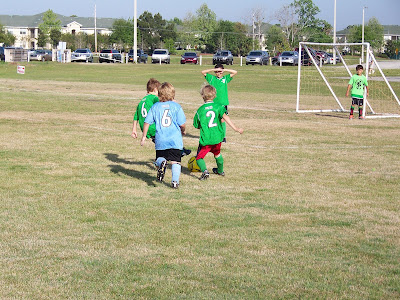 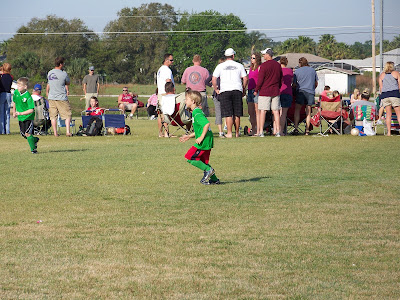