In January (his birthday, to be exact), Benjamin took the SAT's as a part of Duke's talent search. He complained and complained, but we forced him to do it. When the scores came back, it was obvious why. He scored well enough to earn state recognition. On Thursday, we traveled to University of Florida to receive his award. We began with a tour of the campus. After an hour long tour, we had seen about 10% of the campus - a perfect time to give him our "small college" infomercial. 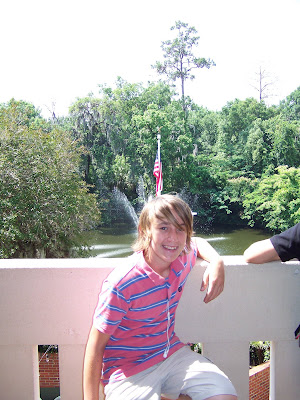 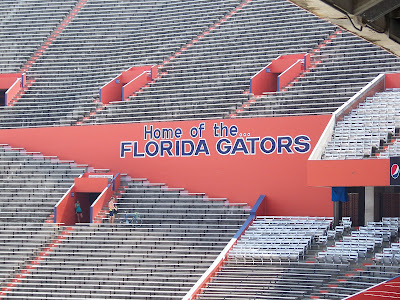 We knew two other recipients - Bailey (Jonathan's teacher's daughter) and Abby, who was in play group with Benjamin when they were infants. 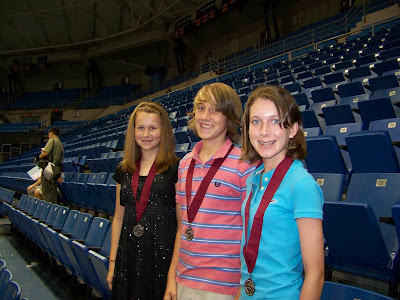 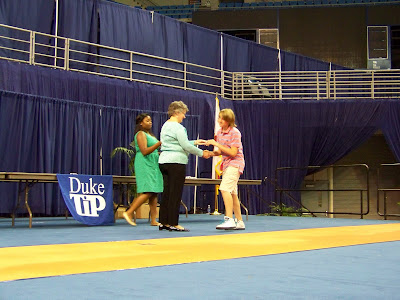 There were about 600 recipients, so it felt like a graduation of sorts. The presenter botched many of the names, including his, depsite my phonetic spelling that I sent. 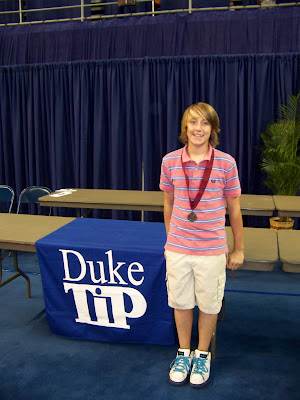