Rhodes was probably Benjamin's favorite island. We docked early in the morning, and being the early risers we are, we were some of the first ones off the boat. It treated us to an uncrowded town. 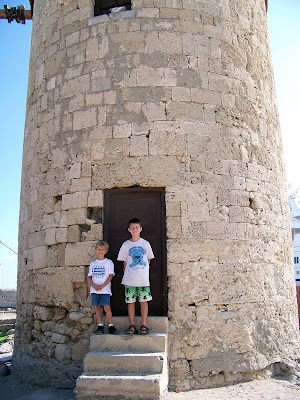 The old town was filled with tourist shops. We had fun walking through them. Jonathan especially loves to shop and was eager to go in all the stores. I bought a Greek shirt here that I just love. 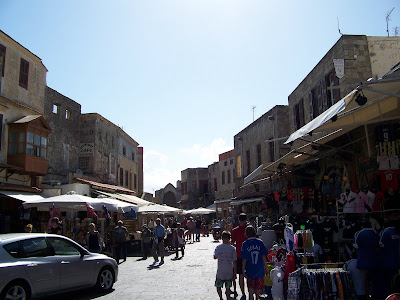 We were able to find a playground for the boys. 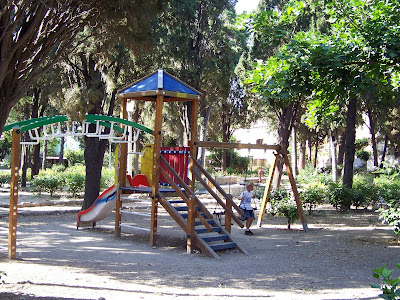 Fountain in the center of town 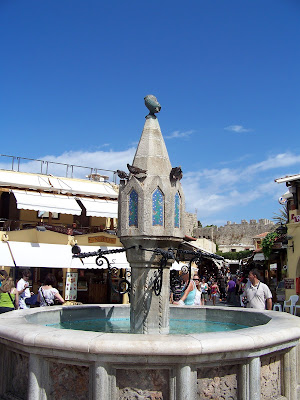 The buildings in the old town were beautiful. The boys were eager to get to the beach, though. 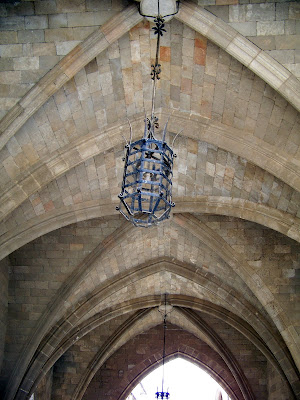 Walking down the street toward the beach 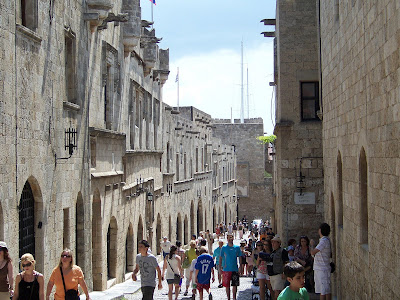 The two pillars were the base for the Colossus, one of the seven wonders of the ancient world. We can only begin to image how colossal it was! 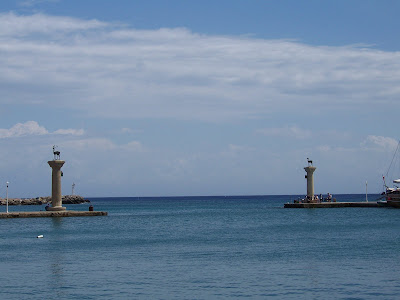 When we got to the beach, we were shocked! It looked like this all the way down the shore. You had to pay to rent the umbrellas and chairs! 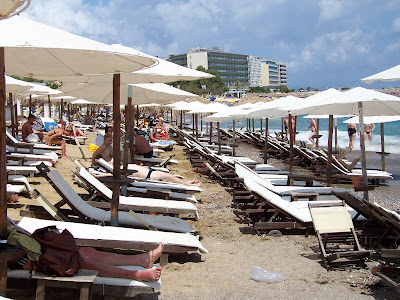 It was worth it, though, for this high dive out in the middle of the ocean! Benjamin LOVED it and went off of it at least 50 times!!! Alexander and I settled for once, just so we could say we did it. 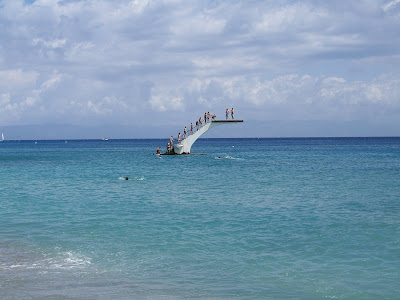 A close up of the dive. There was a small, medium, and high platform. 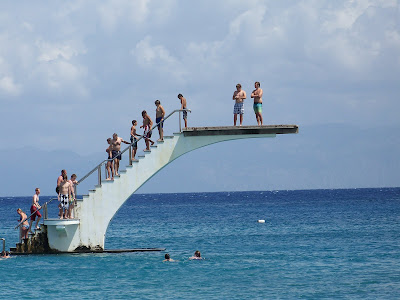 We bought a beautiful icon of Jesus made by this woman's husband. When she found out his name was Jon, she gave Jonathan his own St. John's icon. The Greeks LOVE children, and she was no exception. 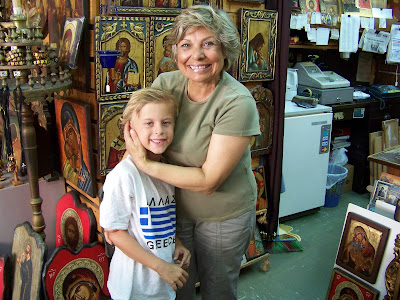 While the big boys and I went to the beach after lunch, Jonathan and Chris explored the old town some more. 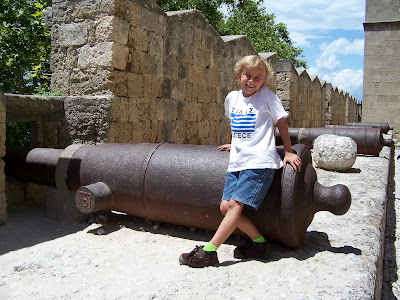 The mosaic inside the temple 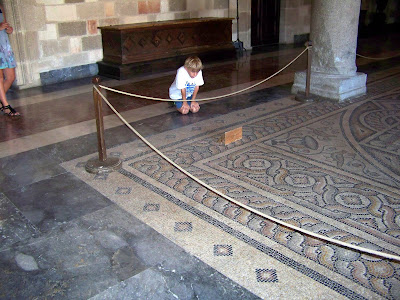 Back aboard, we pose with the old town wall behind us. What an incredible day! 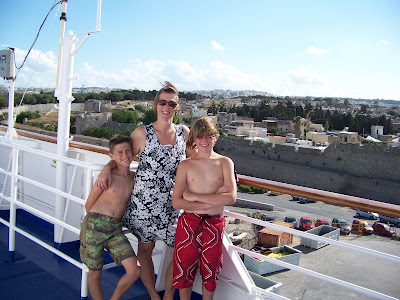 It was formal evening that night, and we posed for a family picture before eating. 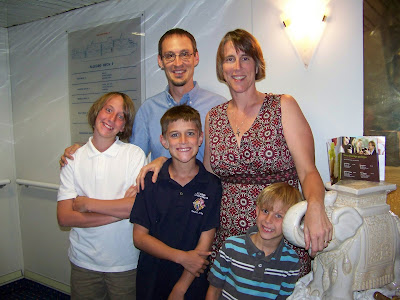