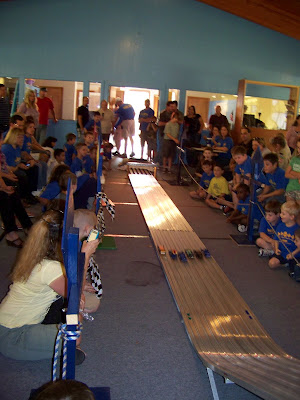 Last month, Jonathan participated in the Cub Scout's Pinewood Derby. Two weekends in a row, he, Benjamin, and Chris carved and created their cars. Benjamin and Chris were very precise, while Jonathan pretty much just made a design he thought looked cool. Here is the set-up at the church. They even have a digital timer at the end so you know what place each car was in. 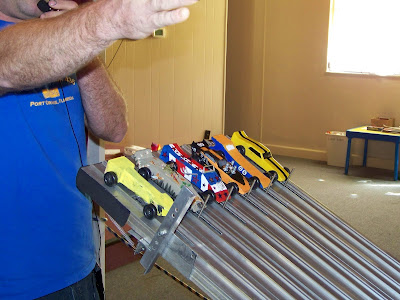 Jonathan's car is second from the right. 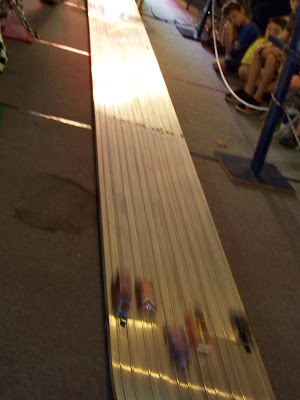 Speeding down the track 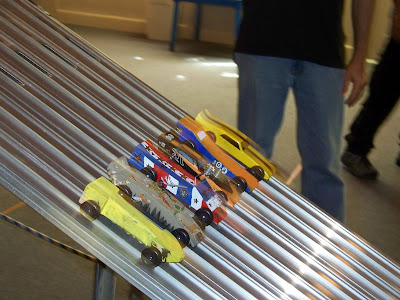 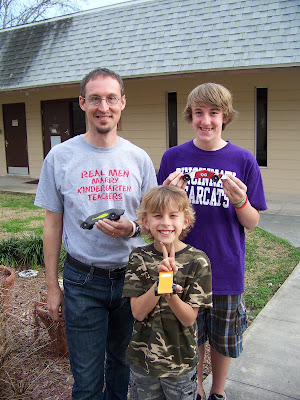 In the end, Jonathan's car came in first in every heat. In the final race, he came in second, which means he still got a nice trophy at the next pack meeting. Both Chris and Benjamin's cars made it into the "sibling" and "parent" final races. It was quite a fun day!