Well, it's official. We're Europe-bound again this summer, leaving June 15th. This time, we'll be going with a group of 35 from Chris' high school (including 7 chaperones - yea!). We land in Rome and end in Athens, with a 4day Greek Isles cruise included. Now, until I looked at a map, I never realized how far Athens is from the rest of Europe. In fact, it's almost in Asia! One of our ports is, in fact, a Turkish isle, which means we'll have visited a new continent (sort of). Afterwards, we will put all the travelers on their airplane and fly the 5 of us to Berlin. We'll stay there for a few days and then head to our favorite place, Ottersberg. We can't wait to see our relatives again. We'll end in Amsterdam, flying home mid-July.

In honor of Germany, I've reposted some of our favorite Ottersberg pictures.Here are Chris and I, watching Germany play in the World Cup. 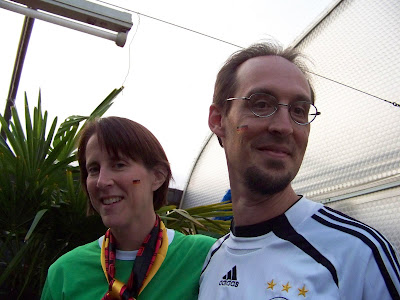 Alexander and Elias at a museum in Bremen, eating from the chocolate exhibit. 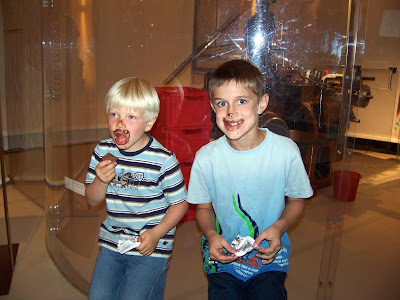 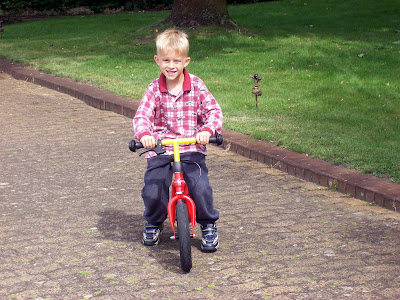 Alexander in front of one huge door in Bremen 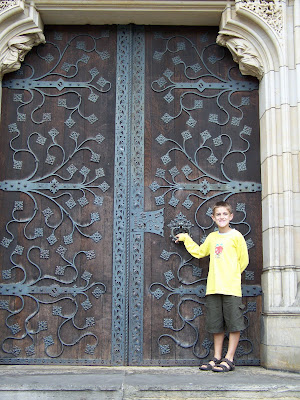 And finally, Benjamin, getting crazy with candy at the World Cup party. 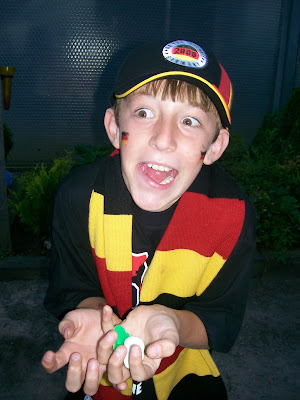